But photos users uploaded but either decided not to post, that got interrupted by connectivity issues, or that they otherwise never finished sharing could have winded up with app developers. The privacy failure will further weaken confidence that Facebook is a responsible steward for our private data. It increasingly looks like the social network has gotten too big for the company to secure.

‎I AM HERE ++ on the App Store

Curiously, Facebook discovered the bug on September 25th, the same day as its 30 million user breach. Perhaps it kept a lid on the situation in hopes of not creating an even bigger scandal. That it keeps photos you partially uploaded but never posted in the first place is creepy, but the fact that these could be exposed to third-party developers is truly unacceptable.

A friendly offer, but I demurred. Anonymous geoshagging is not what I had in mind when I imagined what the GPS revolution could mean to me. The location-aware future—good, bad, and sleazy—is here.

104 Replies to “Apps for Special Needs”

Thanks to the iPhone 3G and, to a lesser extent, Google's Android phone, millions of people are now walking around with a gizmo in their pocket that not only knows where they are but also plugs into the Internet to share that info, merge it with online databases, and find out what—and who—is in the immediate vicinity.

That old saw about how someday you'll walk past a Starbucks and your phone will receive a digital coupon for half off on a Frappuccino? Yeah, that can happen now. Simply put, location changes everything. This one input—our coordinates—has the potential to change all the outputs. Where we shop, who we talk to, what we read, what we search for, where we go—they all change once we merge location and the Web.

I wanted to know more about this new frontier, so I became a geo-guinea pig. My plan: Load every cool and interesting location-aware program I could find onto my iPhone and use them as often as possible. For a few weeks, whenever I arrived at a new place, I would announce it through multiple social geoapps. When going for a run, bike ride, or drive, I would record my trajectory and publish it online. I would let digital applications help me decide where to work, play, and eat. And I would seek out new people based on nothing but their proximity to me at any given moment.

I would be totally open, exposing my location to the world just to see where it took me. I would become the most location-aware person on the Internets! The trouble started right away. While my wife and I were sipping stouts at our neighborhood pub in San Francisco Her eyes narrowed. A lot of weirdos follow you online. Sorry, weirdos—I love you, but she has a point. Because of my work, many people—most of them strangers—track my various Flickr , Twitter , Tumblr , and blog feeds. And it's true; I was going to be gone for a week on business. Did I really want to tell the world that I was out of town?


It wasn't just leaving my wife home alone that concerned me. Because the card in my camera automatically added location data to my photos, anyone who cared to look at my Flickr page could see my computers, my spendy bicycle, and my large flatscreen TV all pinpointed on an online photo map. Hell, with a few clicks you could get driving directions right to my place—and with a few more you could get black gloves and a lock pick delivered to your home. To test whether I was being paranoid, I ran a little experiment. Because iPhones embed geodata into photos that users upload to Flickr or Picasa, iPhone shots can be automatically placed on a map.

At home I searched the Flickr map, and score—a shot from today. I clicked through to the user's photostream and determined it was the woman I had seen earlier. After adjusting the settings so that only her shots appeared on the map, I saw a cluster of images in one location. Clicking on them revealed photos of an apartment interior—a bedroom, a kitchen, a filthy living room. Now I know where she lives.

But there's a trade-off between speed and accuracy. Here's how Apple's handset knows where you are. Cell Towers Accuracy: After identifying the single nearby tower that it's pinging, the iPhone queries a database at Google that lists the location of cell towers. That information is sent back to your phone, telling the device approximately where it is. Very fast. Works anywhere you have a cell signal, including inside.

Accurate enough to find restaurants, but not for directions. Wi-Fi Accuracy: A company called Skyhook cruises cities to map the location of Wi-Fi nodes. The iPhone sniffs them out, measures their signal strength, and reports back to Skyhook's servers. Based on its database, Skyhook computes where you must be to have that particular pattern of signal strengths. Surprisingly accurate if you're in an area with high network density. Useful only in urban areas with lots of Wi-Fi networks.

GPS Accuracy: The iPhone uses assisted GPS, which means it can tap into an assistance server and a reference network, helping to get a more accurate GPS reading more quickly. By far the most accurate location system available.

Although A-GPS is much faster than conventional, it's still rather slow. And because it requires a view of the sky, it doesn't work indoors or in built-up urban areas. Geo-enthusiasts will assure you that these privacy concerns are overplayed: Your cell phone can be used to pinpoint your location anyway, and a skilled hacker could likely get that data from your mobile carrier.

Heck, in the UK, tracking mobile phone users is as simple as entering their number on a Web site as long as they give permission. But the truth is, there just aren't that many people who want to prey on your location. Still, I can't help being a little skittish when I start broadcasting my current position and travel plans. I mean, I used to stop newspaper delivery so people wouldn't realize I was out of town.

And location info gets around. The first time I saw my home address on Facebook, I jumped—because I never posted it there. Then I realized it was because I had signed up for Whrrl. 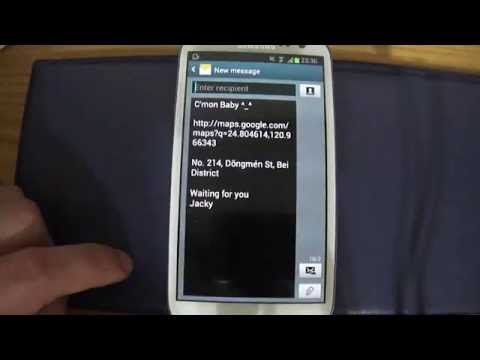 So when I updated my location in Whrrl, the message leaped first to Twitter and then to Facebook and FriendFeed before landing on my blog, where Google indexed it. By updating one small app on my iPhone, I had left a giant geotagged footprint across the Web. A few days later I had another disturbing realization. It's a Tuesday and I'm blowing off a work meeting in favor of a bike ride through Golden Gate Park Suddenly it hits me—since I would later post my route online with the date and time, I would be just a Google search "Mat Honan Tuesday noon" away from getting busted.

I'm a freelancer, and these are trying economic times.

I can't afford to have the Internet ratting me out like that. Coates started Fire Eagle , a sort of location clearinghouse: You tell Fire Eagle where you are, and it sends that info to a host of other geoapps, like Outside. Not only does Fire Eagle save you from having to update the same information on multiple programs, it also lets you specify the level of detail to give each app—precise location, general neighborhood, or just the city you're in.

The idea is that these options will mitigate privacy concerns. In addition to this, as Coates puts it: Any good social geoapp will let you type in a fake position manually, Coates says. Great news; I didn't need to get busted for missing meetings—or deadlines—ever again. I was starting to revel in the benefits of location awareness. By trusting an app iWant that showed me nearby dining options, I discovered an Iraqi joint in my neighborhood that I'd somehow neglected.

Thanks to an app GasBag that displayed gas stations with current prices, I was able to find the cheapest petrol no matter where I drove. In Reno, one program HeyWhatsThat even gave me the names and elevation profiles of all the surrounding mountains. And another WikiMe , which displayed Wikipedia entries about local points of interest, taught me a thing or two about the San Francisco waterfront. Did you know the Marina District exists largely because a land speculator built a seawall in the s?

These GPS tools were making me smarter. And more social. While working downtown one day, it looked like I was going to have to endure a lonely burrito lunch by myself. So I updated my location and asked for company. My friend Mike saw my post on Twitter and dropped by on his way to the office. Later, I met up with a couple of people I had previously known only online: After learning I would be just around the corner from their office, we agreed to get together for coffee.

One of them, it turns out, works in a field I cover and gave me a tip on a story. But then, two weeks into the experiment, I bumped into my friend Mindy at the Dovre Club She mentioned my constant updates, which she'd noticed on Facebook. I thought, 'Wow, Mat must be really lonely.

I explained that I wasn't actually begging for company; I was just telling people where I was. But it's an understandable misperception. This is new territory, and there's no established etiquette or protocol. This issue came up again while having dinner with a friend at Greens Of course, I thought nothing of broadcasting my location.

But moments after we were seated, two other friends—Randy and Cameron—showed up, obviously expecting to join us. Randy squatted at the end of the table. Cameron stood.

After a while, it became apparent that no more chairs would be coming, so they left awkwardly. I felt bad, but I hadn't really invited them. Or had I? To get the most out of location-based apps, you'll need the proper gear. Apple iPhone 3G Pros: Looks amazing. Killer interface and browser.